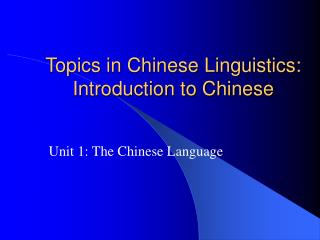 Introduction to General Linguistics - . deny a. kwary www.kwary.net. the textbooks. contemporary linguistics by.