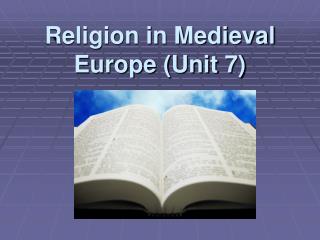 Religion in Medieval Europe (Unit 7). I. Rise of the Church. a. Germany /Italy area were divided into 3rds.

Medieval Europe - . aka the middle ages aka the dark ages. in a nutshell. maintains a strong central government.

The Medieval Period (1066-1485) - . what does the following artwork tell you about the period ?. background information

The Crusades - . what is a crusade?. series of holy wars what were they fighting for? christians vs muslims control of

Chivalry and Courtly love in the Middle Ages: - . by: ruby peña. what is chivalry?. it is the… the medieval knightly