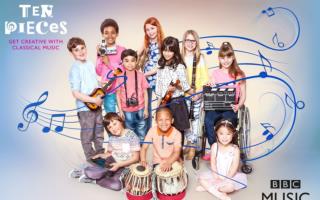 BBC Ten Pieces. A project about classical music and creativity Open to every primary school in the country A collaboration between the BBC, music and arts organisations Takes place over 10 months between October 2014 and July 2015. Ten Pieces – Aims. BBC - . by: kait anderson. what as the bbc?. the bbc is the   british broadcasting company the bbc was a radio station.

BBC - . our visit to the bbc studios. nina and alina live.

Ten Essential Pieces of Equipment for Fly Fishing - It is very much possible to fish without one. i know this because i

BBC ONE - . david hildick-smith sussex cardiac centre brighton, uk on behalf of the bbc one investigators. bbc one. the b