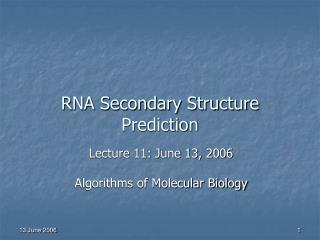 Ground state and the glass transition of the RNA secondary structure - . tony hui and lei-han tang department of physics,

RNA Secondary Structure Prediction - . rna is a single-stranded chain of the nucleotides a, c, g, and u. the string of