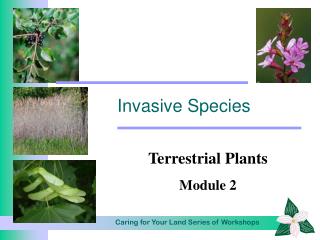 TOPIC 5: ECOLOGY and EVOLUTION - . 5.1.1. species: a group of organism that can interbreed and produce fertile offspring.

GEO 200: Physical Geography - . terrestrial biota (1 of 2). geographical questions. what is the range of a species or

What is evolution, really? - . section 15.1. the theory of evolution. evolution the slow and gradual change of species

Variability in Species Richness - . why is the distribution of species richness so variable across the landscape? one of