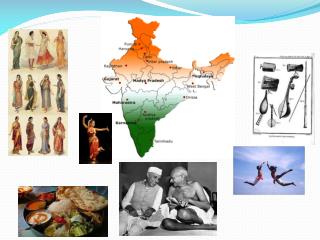 India. India is the seventh Largest country in the world by area and the ranks second in population with 1.2 billion people. Its bounded by Indian Ocean, Bay of Bengal & Arabic Sea in the south and its bounded by Himalayas in the north.