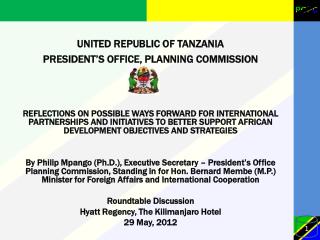 The British Isles - . the united kingdom and the republic of ireland scotland, england, northern ireland, and wales.

OFFICE OF THE INTEGRITY COMMISSION - . preparation of declaration of income, assets and liabilities (form a) &amp;

THE EXECUTIVE BRANCH - . lesson 9. office of the president of the united states of america. responsibilities of the

John P. Holdren - Sustainability, the obama administration, and the mahb. john p. holdren assistant to the president for