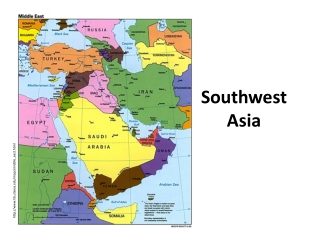 Southwest Asia. http://www.lib.utexas.edu/maps/middle_east.html. Describe the various ethnic and religious groups in the region and the effect of geography on their development and their major customs and traditions. SSWG5.D.