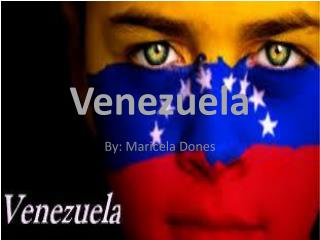 Venezuela. By: Maricela Dones. Map of Venezuela. Population. Venezuela has a population of about 27.22 million Venezuela’s population increases by 1.5 percent every year The majority of people are European and indigenous or black heritage About 10 percent of the population is black.