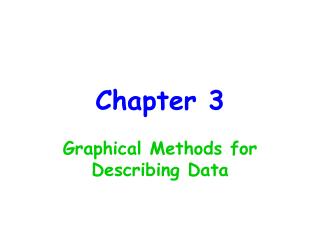 Chapter 3. Graphical Methods for Describing Data. Graphs for categorical data. Double Bar Charts. When to Use Categorical data How to construct Constructed like bar charts, but with two (or more) groups being compared MUST use relative frequencies on the vertical axis