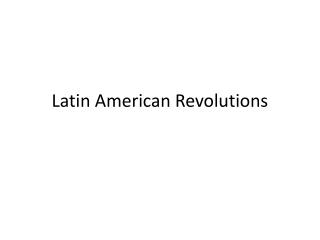 Latin American Revolutions. Revolutions in Latin America 1791-1825. - Between 1803 and 1825 a series of revolutions would sweep through Latin America. - Result- Spain to lose almost all colonies and completely drive the Spanish out of the New World.