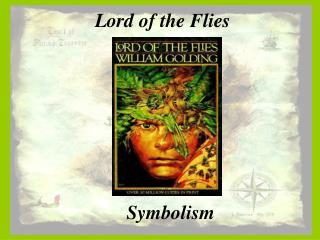 Lord of the Flies. Symbolism. The Conch Shell. Symbolizes law and order of the adult world Piggy tries to protect it Represents the authority the boys are so used to obeying IT REPRESENTS strong, central leadership. Piggy’s Specs. Lord of the Flies - . can it ever work out right?. common core state standards in lord of the flies. key ideas and

Connotation and Denotation - . lord of the flies. denotation. the specific, literal image, idea, concept, or object that

By: William Golding An Interactive Learning Adventure By: Casandra Workman January 5, 2009 - Lord of the flies. by:

The Lord of the Rings - . the book and the film which have the phenomenal reputation. the story for all time. it is

Jesus Is Lord Jesus is Lord, my Redeemer, How He loves me, how I love Him. He is risen, He is coming; Lord, come quick

Welcome to OUTGOING - . jesus is lord! creation's voice proclaims it, for by his power each tree and flower was planned

一生一世 ALL THE DAYS OF MY LIFE

Chapter 8-9 “Lord of the Flies” - . prior to the test: . define the following terms on a piece of lined paper. use

Government In lord of the flies - No man is good enough to govern another man without that other's consent. abraham