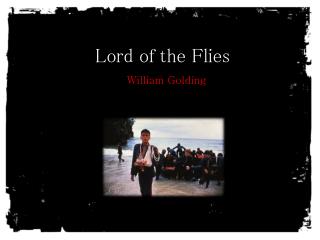 Lord of the Flies . William Golding . Freedom is Dangerous .

“ …an House of Prayer for All People.” - Isa 56:6 also the sons of the stranger, that join themselves to the lord,

How Are We Saved? - . 7. salvation: east and west. i will sing to the lord, for he has triumphed gloriously; the horse