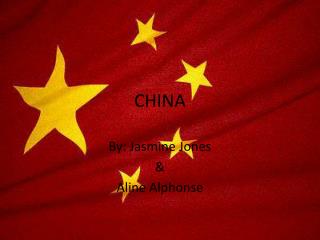 CHINA. By: Jasmine Jones & Aline Alphonse. Population. China is over populated It has 1.3 billion people which is the world’s largest population. Families with more than one child receive penalties which usually is a fine.