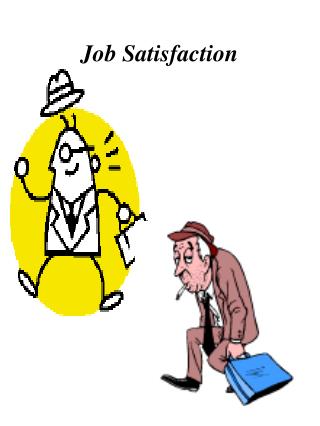 Job Satisfaction. Overall, what % of U.S. Employees are satisfied with their jobs. Key: Almost 80% of the sample consisted of those in managerial and professional level jobs. About 64% of sample were field workers with over 65% were in non-supervisory roles. Job Satisfaction Model.

Marketing - A philosophy an attitude a perspective a management orientation. marketing. a set of activities. plus. the

Employee Satisfaction and Commitment - . why worry about employee attitudes?. note: numbers in table are corrected

Constraint Satisfaction &amp; Constraint Programming Advanced Issues - My thanks to toby walsh and roman bartak (for