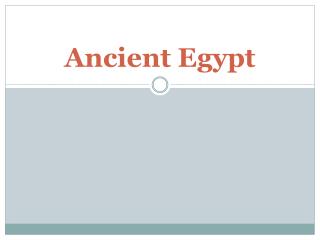 Ancient Egypt. Ancient Egypt. Egypt made use of the Nile River, much like Ancient Mesopotamians. Every year, the Nile flooded and deposited silt along the banks. Farmers used the silt to grow crops.