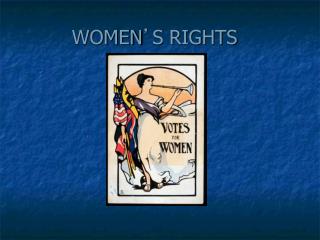 WOMEN ’ S RIGHTS. Changes in American life during the Industrial Revolution. Division between work and home. The “ cult of true womanhood ” portrayed the ideal woman as “ pious, pure, domestic, and submissive. ”. Women at War - . francis perkins--sec. of labor. during wwii an encouraging trend has been a break-down in prejudices

Women and Leadership - . the perception flip. academics ignored the issue until the 70s: many uninterested male