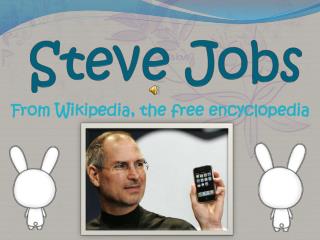 Steve Jobs - . by jamie. at college. when he was at college he only was in there for a semester and then he got kicked