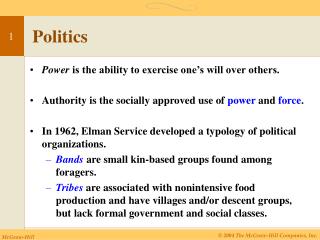 Politics. Power is the ability to exercise one’s will over others. Authority is the socially approved use of power and force . In 1962, Elman Service developed a typology of political organizations. Bands are small kin-based groups found among foragers.