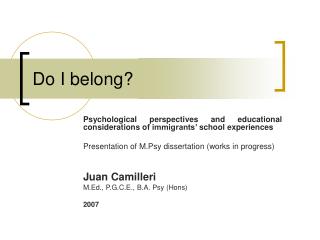 ENERGY AND NUTRIENTS FOR LIFE - . thursday 30/8/2012. lesson 1 el: to determine what you already know about body systems.

Ticks belong to the Class Arachnida. They are arthropods related to insects - . arachnida have no antennae. most species

A Marxist Analysis of The Shawshank Redemption - . the rock that didn’t belong. lexi debrock. marxism karl marx and

Music - . review assessment i. 10. 1. which of these is true about timbre?. refers to loudness and softness of sound

Chapter 28 - . protists. overview: a world in a drop of water. even a low-power microscope can reveal a great variety of

Commas #1 – Dates and Addresses - . “the pause that refreshes”. why do we use commas? . commas are a type of

Kinetically Controlled Combustion Phenomena - . categorisation of combustion phenomena. most of the practical combustion