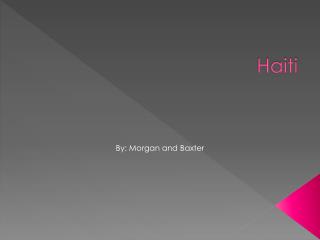 Haiti. By: Morgan and Baxter. Top 3 Animals. The Monkey: Monkeys have an IQ of 174 The Mongoose: Can range from the seven inch long Dwarf Mongoose to the two foot long Egyptian Mongoose. Camels: A camel can travel long distances which allow them to take advantage of their minimum resources.