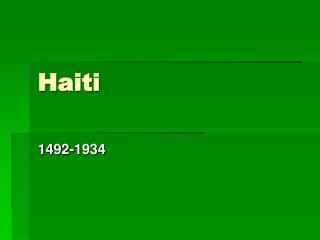 Haiti. 1492-1934. SLOS. Student Learning Outcomes:      Use knowledge of global events and trends since 1500 to shed light on contemporary issues Instructional Objectives Describe interactions and influences between civilizations and non-urban societies