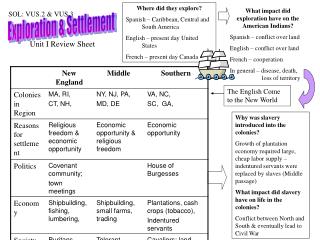 The Nation Expands [pt.1] - . ah1 h.3 “ expansion and reform” understand the factors that led to exploration,

Objective - . tsw analyze documents of cabeza de vaca and the events and issues related to his exploration of texas by