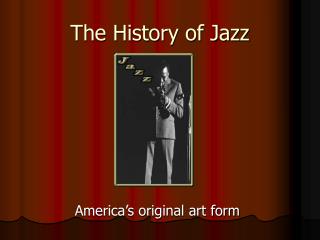 The History of Jazz The History of Jazz

History of Welding - . history of welding. welding was used in the construction of the iron pillar in delhi india,

The Jazz Age - . jazz developed in turn-of-the-century new orleans from the confluence of multiple music traditions. the