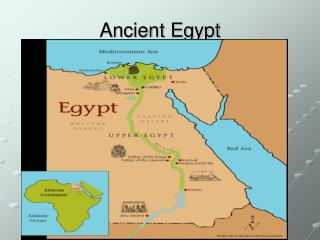 CHAPTER 4 – EGYPT - . section 1: geography and early egypt. the gift of the nile. the existence of egypt was based

The Ancient Middle East - . a view of egypt by satellite. the nile. longest in world south to north delta 