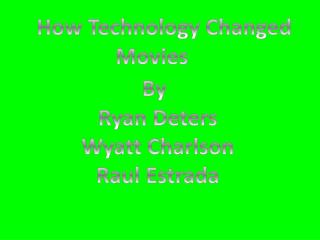 How Technology Changed. Movies. By. Ryan Deters Wyatt Charlson Raul Estrada. What Does These Have In Common?.