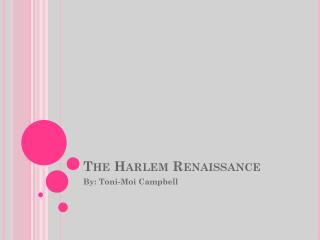 Welcome Back! - . bell ringer… agenda and objective: through notes and discussion students with define the renaissance

Harlem Renaissance - . by: chloe and jamil. what it was. african american cultural movement in 1920’s &amp; 30’s