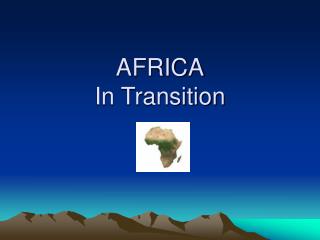 Africa - . the ties between language and ethnicity. africa: land of diversity. africa has nearly 2000 distinct

The Scramble for Africa - . what were the motives of european colonizers during the scramble for africa?. exploration of

Transition Planning - . transition planning is an ongoing process that is reviewed annually at the iep meeting. specific