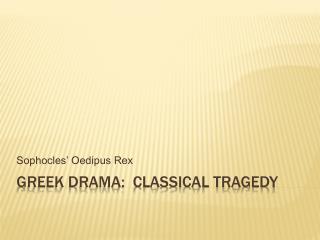 Greek Tragedy, Euripides and Medea - . week 15. the fifth century bce and intellectual revolution. most of these plays

What kind of plays? - . during shakespeare’s career, fashions and tastes in drama changed. he wrote mostly comedies and