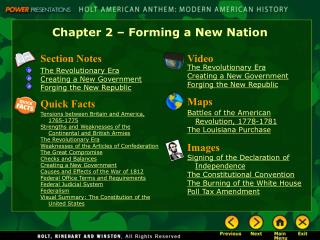 THE CRITICAL PERIOD CHAPTER 2 SECTION 3 - . “we are one nation today and 13 tomorrow. who will treat with us on such

CHAPTER 8 - . bbb4m. 8.1 customs an culture. culture – a reflection of the values and beliefs of a community or a

CHAPTER 8 The Young Nation Goes to War - . words to know supporter – a person or organization that pays for or carries

Metal Forming - . metallurgy for the non-metallurgist. learning objectives. upon completion of this lesson, you can:

Forming to Performing - . the evolution of an agile team. presenter: justlink. outline. abstract project background the

Chapter 7 Life in the New Nation - . section 2. learning targets. i can describe the spirit of improvement in american