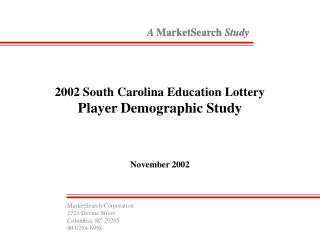 Stumping in South Carolina - On the campaign trail ahead of the

South Carolina High School Survey - . among students who rode a bicycle during the past 12 months, the percentage who