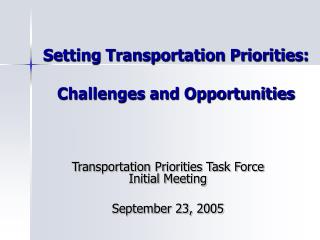 Topic 4 – Urban Transportation, Land Use and the Environment - . a – urban land use and transportation b –

The Aural Setting - . there are many types of accompaniment (aural setting) that a choreographer can use in their work.