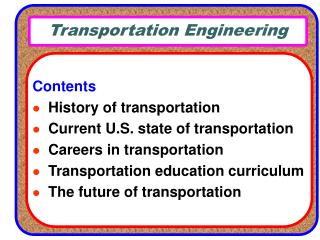 CE 402 Transportation Engineering - . transportation. life in communities has changed over the years . one of those