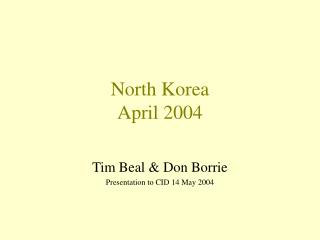 Factory workers of North Korea - Inside the pyongyang 326 electric cable

Construction Liens April 14, 2004 Afternoon Session - . the more things change, the more they are the same. (plus ç a

Country Market Analysis: South Korea - . flag. south korea. has been a democracy since 1987 has a bilateral relationship