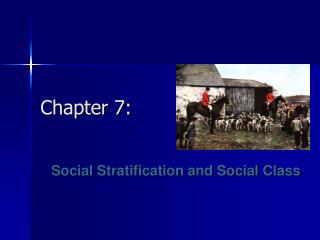 Chapter 7 - . the design of long-distance links. 1 introduction. the network may be defined as a group of switching nodes

Chapter 7 - . low-level programming languages. chapter goals. list the operations that a computer can perform discuss the

Chapter 7: The Transformation of the American Society - . october 9, 2013. section i – the new immigrants. the lure of

Chapter 7: SMALL BUSINESS AND ENTREPRENEURSHIP - . economic rocket fuel. launching new ventures: what’s in it for me?.