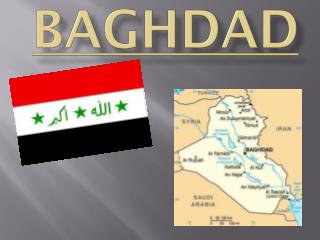 Baghdad. Geography. The geography of Baghdad is flat and low-lying. This Is mainly because of the fact that it was of alluvial origin. This is due to the fact that the River Tigris flooded all the time. Baghdad - . one of the most important cities located in what is now present day iraq major center of learning.

Fall of Baghdad and Occupation - . fall of baghdad. april 9, 2003 fall of statue of saddam in downtown baghdad – most

Baghdad bikers aim to unite Iraq - Roaring along baghdad s highways, the iraq bikers are doing more than showing off