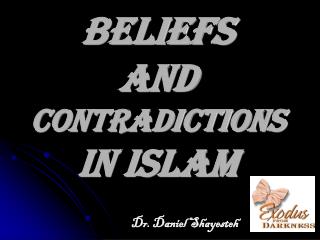 Beliefs and Contradictions in Islam. Dr. Daniel Shayesteh. What will we cover. What Muslims Believe Forms of Islam. Five Things a Muslim Must Believe. Islam - . there is no god but god. one-fifth of the world now belongs to the religion of islam. their creed is simple….

Islam? - . a guide to islamic pillars of belief by fateha rahman. introduction. have you ever wondered what islam is and