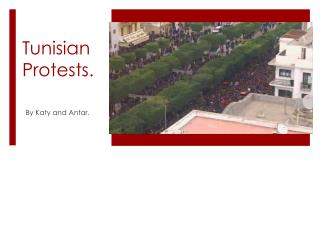 The Tunisian Revolution - . bilel gdoura period 2. located in the northern tip of africa. notice how tunisia is