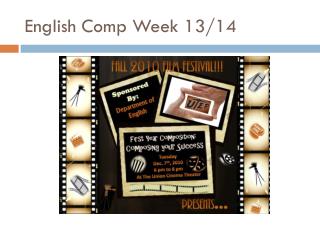 English Matters - . why do we have to learn this?. probably the most commonly asked question in schools. . english

COMP 121 - . week 6: files and streams. objectives. to be able to read and write text files to become familiar with the