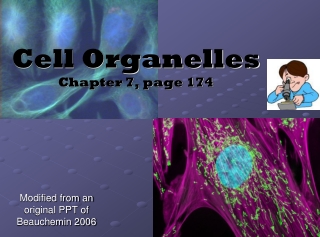 Cell Organelles Chapter 7, page 174. Modified from an original PPT of Beauchemin 2006. Introduction to Cells. Cell Structure. What is a cell?. A cell is a collection of living matter enclosed by a barrier that separates the cell from its surroundings.