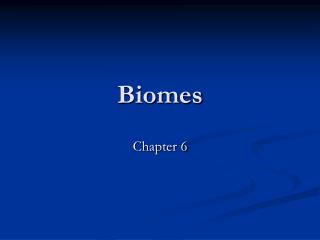 Cultures Around The World - . students. teachers. for teachers. greetings teachers!. this activity is specifically

Biomes of the World

Chapter 3 Communities, Biomes, and Ecosystems - . 3.1 community ecology. a biological community is a group of interacting