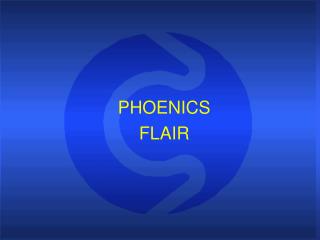 PHOENICS FLAIR . Introduction. The aim of this presentation is to outline recent developments in the PHOENICS special-purpose program FLAIR, and show some of the newer features in action. What is FLAIR?. FLAIR is a Special-Purpose version of the general CFD code PHOENICS.

PHOENICS FLAIR May 2005 - . contents. the aim of this talk is to present recent developments in the phoenics

Flair Bartending - bartender4you.co.uk - We have professionals who are very good at their work like mobile cocktail

PHOENICS USER CONFERENCE MOSCOW 2002 - . the problem of exhaust plume radiation during the launch phase of a spacecraft.