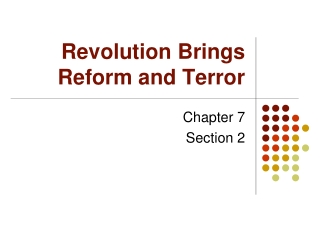 Revolution Brings Reform and Terror. Chapter 7 Section 2. Main Ideas. The revolutionary government of France made reforms but also used terror and violence to retain power. Some governments that lack the support of a majority of their people still use fear to control their citizens.