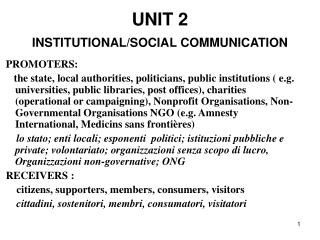 Communication for Behaviour and Social Change - . making a difference through communication!. presentation objectives. by