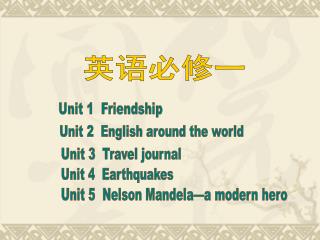 Friendship - Unit 1. friendship. period 1. warming up and speaking. can you find some chinese old sayings about friends

Unit 1: Navigation - . what is navigation?. navigation is the process of monitoring and controlling the movement of a

Friendship - . casey sullivan. why teach friendship?. the value/importance of friendship teaches the qualities of a good

Unit 2 Friendship - . proverbs ： --friendship is like wine --- the older the better. --a friend is easy lost than