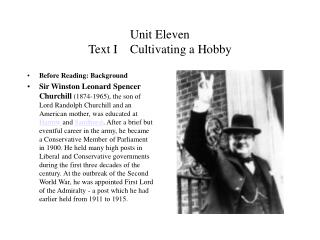 Unit Eleven Text I Cultivating a Hobby. Before Reading: Background

HAPPINESS . - Learn how to be happier. happiness. you can become happier. it’s one of the most momentous things that

What do you see? What do you think this painting is about? Who are these people? - . look closer…. short story unit

Psychology 0f Personal Effectiveness All You Need To Know About How To Live Happily &amp; Effectively Timothy W. - Y,