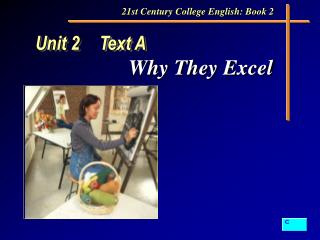 Drama and Theatre Studies - A Level - . http://renierdrama.wordpress.com. a2 course breakdown the a2 is split into three

What is a text? - . a text is a sequence of paragraphs that represents an extended unit of speech. according to de

Adobe InDesign CS5 - Illustrated Unit B: Working with Text - . objectives. upon completion of this unit, you should be

Non-fiction Reading Unit - . introduction. how do capable readers make sense of nonfiction text? how do we read

Unit One - Nice to meet you all, welcome back!. unit one. fresh start. learning objectives. by the end of this unit, you

Unit Seven Machine Translation - . text a. tongues of the web. Ⅰ. objectives :. s tudents will be able to: 1.grasp the

Unit 1 text A - . the icy defender. objectives:. grasp the main idea and structure of the text; learn and practice the