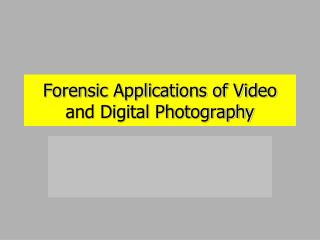 Welcome to Photography - . trent white instructor. class information. once a month – check website calendar this is a