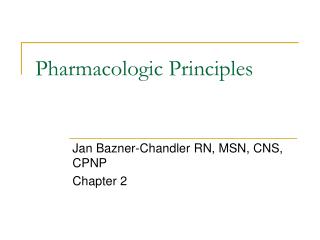 Component 3: Pharmacologic Therapy - . asthma is a chronic inflammatory disorder of the airways. a key principle of

Non-pharmacologic Treatment of Depression - . . depression treatment. psychotherapyalone or as adjunctive

Pharmacologic in the Geriatric Population - . do you have a pharm dictionary?.