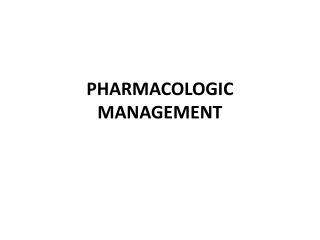 PHARMACOLOGIC MANAGEMENT OF TYPE 2 DIABETES - . 2003 clinical practice guidelines for the prevention and management of

Pharmacologic Management of Type 2 Diabetes - . key messages if glycemic targets are not achieved within 2 to 3 months of

Component 3: Pharmacologic Therapy - . asthma is a chronic inflammatory disorder of the airways. a key principle of